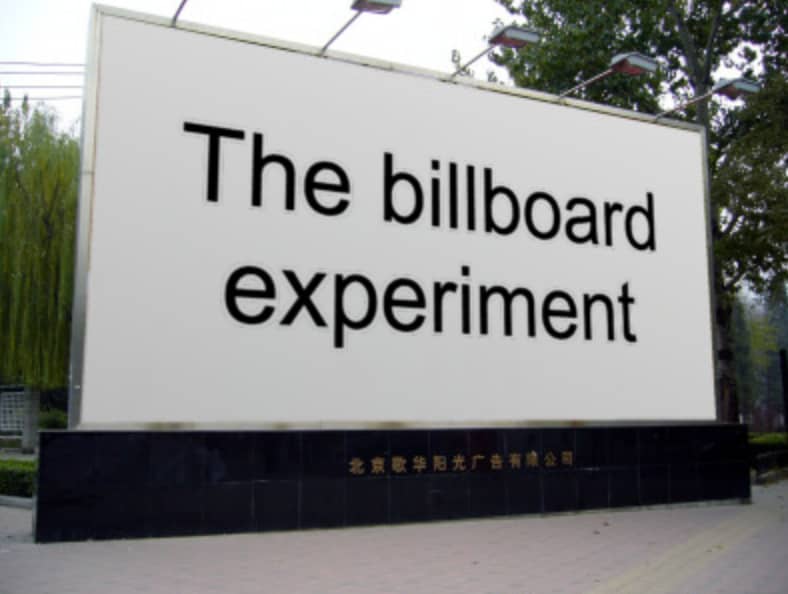 Freedman and Fraser: Compliance Without Pressure (The Billboard Experiment)

I’ve been reading Cialdini’s Influence – The Psychology of Persuasion. It’s the marketer in me reading it (but I do also like getting my own way so I totally see benefits out of work for this too ;-)).

One of the studies cited in the book (which, if you haven’t read it, you really should) is by Jonathan Freedman and Scott C Fraser and was published in the Journal of Personality and Social Psychology in 1966, (Vol. 4, No. 2, 155-202). The full study is available here.

The particular experiment I was most intrigued by here is Experiment II. To summarise, the experiment was designed to test the hypothesis that people were more likely to comply with a fairly intrusive request (in this case to display a large billboard in their garden) if they have first agreed to a much smaller request (in this case to sign a petition or display a 3 inch sticker) advising people to drive safely.

Here’s what they did and what happened:

Experimenters knocked on the doors of residents of a neighbourhood in Palo Alto. They claimed to be from a non-profit organisation and asked homeowners to display an intrusive billboard in their garden advising passersby to drive safely. Only 17% of homeowners agreed (though, to be fair, I’m surprised anyone agreed)!

Experimenters then repeated their experiment – but this time it was different. They went around first asking people to display a 3 inch sticker carrying the same message. Almost all of the homeowners agreed to this far less intrusive short message. However, a few weeks later they returned to the households who had displayed to the 3 inch sticker, this time asking them about the giant billboards. 76% of them agreed to the billboard this time around.

Foot Through the Door

The experimenters had proven that they could get a foot through the door and ultimately get compliance with an intrusive and large request by getting a small commitment first.

Cialdini covers this sort of ‘commitment and consistency’ in his book in a lot of detail.

Fascinating experiment and that paper is well worth the read!